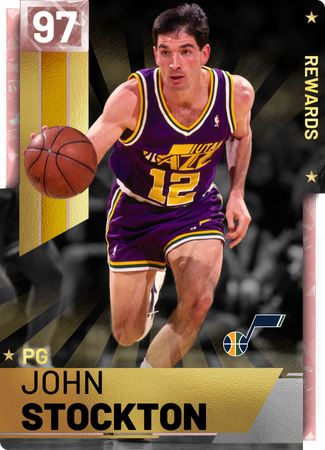 Just trying to contribute to the community. Lmk if the review helped or if I left something out.

At The beginning of the games life Stockton was amazing. The steals he got were game changing and his stats and badges were enough to make one of the best players in the game.. but things change.

Use if: you want a pest on defense and a good playmaker on offense

Don't use if: you will compete against great sizable defenders (I.e. giassis, Iggy, pippem, magic, etc..)

Bottom Line: at the beginning he was great but as the game goes on, he becomes harder and harder to play.